Dealing With a Loved One who has Dementia?

I’ve being going through the difficult time of caring for a loved one diagnosed with one of the many forms of dementia. Despite many painful experiences and being on the receiving end of troublesome behaviours, I’ve actually discovered and learnt something valuable from this terrible disease affecting millions of people worldwide.

There is a tsunami of dementia coming soon as baby boomers age. The average age of dementia onset is 85 years and women are 3 times more likely to suffer from this terrible disease than men simply because we live longer. There is also a genetic component although we can be proactive now so we don’t go down the pre-programmed genetic track. A veritable tsunami of alcohol and drug related dementia is currently brewing with people in their 40’s being diagnosed now with compromised brain function. We can all take preventative action now both for ourselves and our loved ones as we do have a choice of what happens with our health.

I had a realisation when visiting a relative suffering dementia early one morning when she started talking about pushing buttons to give her anything she wanted. As she talked excitedly about being wealthy because she could just push a button in her head, I realised she was actually talking about a dream she had the night before. But there was no realisation that this was in fact a dream and she was currently living this dream right in front of me. My loved one was in the dream as we spoke!

It was then I realised the ego-mind barrier was in fact compromised with gaping holes allowing free reign of the subconscious to spill its contents directly into the physical world. This realisation set me onto the path of looking at images of brain scans and photos of brains from deceased dementia suffers who died from this disease. Autopsies show there were gaping holes in the actual brains. The brain architecture was completely compromised with masses of shrunken and missing brain structures.

The Importance of a Strong Ego

The ego-mind barrier was proposed by Freud in the early 1900s and it is formed around 18 months of age when a child begins to understand the word no. When a child is in the womb before birth, he/she has everything he/she needs… free food, free accommodation in a relatively safe environment. Everything is supplied instantly and easily. When birth happens, all those supply processes cease and the child is left waiting for sustenance. Or there might be pain experienced and he/she must wait for that to pass. The realities of the physical world come to the fore without the protection of the mother’s womb. Time becomes more important and thus the process of ‘waiting’ for what you want occurs.

Over time the child then realises at a deep level that their wants are not instantly fulfilled so a psychological process occurs forming an invisible barrier between wants and reality. This is the ego-mind barrier and it is designed to protect us from the overwhelming and seemingly illogical realities of the subconscious. We are separated and our personalities begin to form distinct and apart from our subconscious.

Jungian Model of the Psyche and Ego 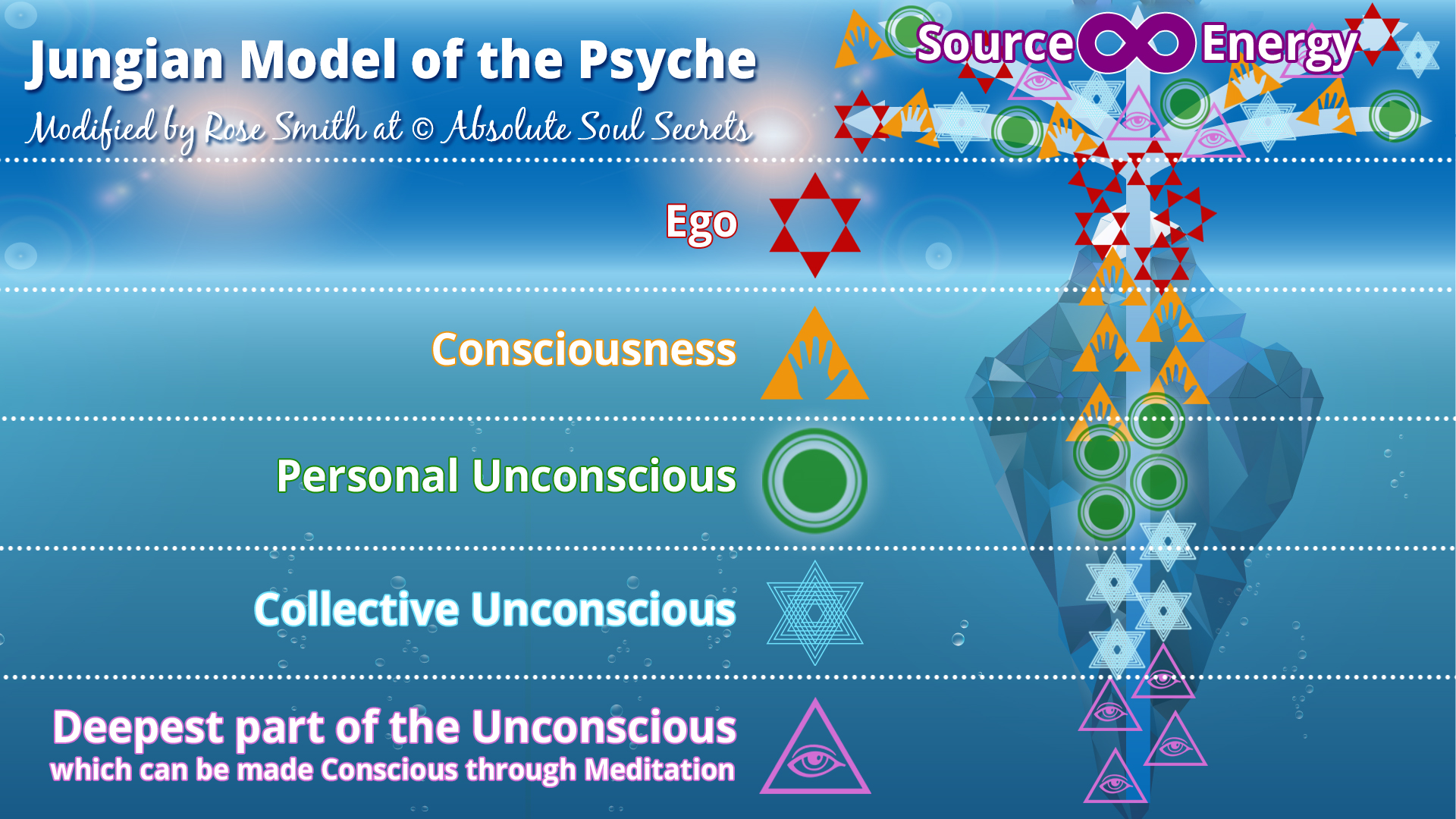 4 Practical Steps on How to Dementia Proof Yourself

Do the inner work now and save yourself a whole lot of problems further down the track of your life. Remember, you do have some control over what happens to you as you are the architect of your own life. Your health and well being are of prime importance so be proactive and take preventative steps before choices now influence your future. Be the really awesome and immortal being that you truly are… BeYOUtiful You!