If you were born between January 1 and February 16, you are a Rooster as the Chinese New Year begins on February 16. This Dog Chinese Horoscope is for 2018 which is the Year of the Brown Earth Dog. 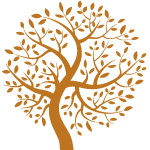 The Year of the Brown Earth Dog brings a time when those born in the Year of the Dog will need to be careful in various matters. According to Chinese tradition, it is considered unlucky when the zodiac animal year you were born in comes around the zodiac to the same Chinese animal year. As this is the Year of the Brown Earth Dog, this year is considered by those who follow Chinese astrology, as being unlucky for Dogs. Bad luck mostly applies when the animal sign gets a bit too uppity, so advice is generally to keep your head down and stay out of trouble. When you meet your animal sign in the 12 year cycle, this is known as Ben Nian Ming. As the Chinese Zodiac is divided into 12 animal signs, everyone gets a go!

There is a remedy however, in that you can turn away from the imaginary star known as the “God of Age” and do a ritual. Apparently, it is believed that this God, also known as Tai Sui, is offended by a our personal Zodiac year. You can read about it here.

When I look back over my lifetime, I cannot see a pattern of bad luck every 12 years, in fact good things have happened in the 12th year, often I have stepped into new positions. It might be that you feel restricted in some way and therefore decide to do something about it, which could ultimately be to your benefit. But each to his own, believe whatever you choose.

During the Year of the Brown Earth Dog, you may find finances need a higher level of control. You may be planning for something and need to save money to accomplish your dream. It could be a new home, business or something that requires a sacrifice at the beginning so you can eventually get what you want in the longer term.

The Cosmos is pushing you dear Dogs this year to be proactive about what you want. You will be protected to some extent, if you make small errors in judgement. Don’t push your luck though, because there is not much room for absolute stupidity. Take it easy and try to relax a bit this year as next year is likely to be much busier. You’re at the end of something and the beginning of something else… there’s a new start coming.

Dear Dogs, 2018 may present periods where you may feel stressed due to trying to deal with everything, but do know that everything that happens is for your ultimate long term benefit. Remember, no pain – no gain. 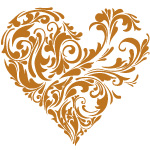 According to the Chinese Horoscope, 2018 is likely to be a year of mixed energies in love. You will need patience and persistence this year to find the person of your dreams or to stay in a committed relationship.

Fortunately, some of your family, friends or work colleagues can assist, offering you support and guidance. You should try and stay calm this year, take a break and go off somewhere to relax. When you are relaxed your love luck could change for the better.

The Year of the Brown Earth Dog is also likely to be a year of finding out who your real friends are. This is actually beneficial for you in the long run. Your real friends will step up encouraging and supporting you in your endeavours. Anyone else, you can say ‘taa taa’ to.

You’re likely to socialise extensively this year. You’ll probably meet new people who will also help you. These people could be new co-workers and you’ll have similar interests around finances, or you may find out about distant relatives who come into your life this year.

According to the 2018 Dog Chinese Horoscope, this is a year to be careful with your money. Don’t take uneducated risks as your money energy is erratic and unpredictable this year. You could find money coming in but then going out just as quickly.

According to your 2018 Chinese Astrology, this is a year for long term planning around finances. Medium to long term investments such as real estate should be ok in the long run.

Your career luck is average this year and you may have initial ideas about how to improve your position. You could pull these off next year or set yourself up somehow this year, to reap your reward next year.

The Year of the Brown Earth Dog is a time for you to be cautious and calm. Plan for the future and don’t take unnecessary or silly risks.

To calm any stress, go for a walk in nature, especially around water. It’s a good year for meditation and self reflection, so spend plenty of time alone without annoying devices such as phones and computers.

Remember, to take it easy and life will be sweeter. All the best for 2018 dear Dogs. 🙂

The Chinese Zodiac 2018 Year of the Dog